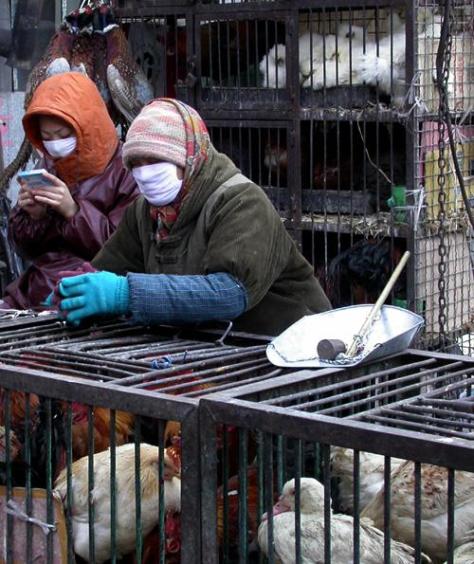 The researchers found a hemagglutination-inhibition antibody titer of at least 1:160 in 7.2% of poultry workers in May and in 14.9% in December, a rise that was consistent with the second wave of H7N9 activity in China, with Guangdong as one of the hot spots. None of the participants had confirmed H7N9 infections, and investigators didn’t find evidence of infection in any of the general public group for either testing period.

The team pointed out that other studies of H7N9 seroprevalence in Chinese poultry workers showed much lower levels. For example, a study based on sampling in Zhejiang province in April and May of 2013 found 1.3% had antibody titers suggesting earlier infection.

Looking for risk factors, the researchers found that being female and having occupational exposure for 10 or more years was associated with infection. The team said the increased risk in women may reflect their having the major share of poultry duties for that region, which include selling poultry, defeathering, and cleaning. They said the longer work history could be related to reduced preventive measures or may reflect greater susceptibility to infection in older people.

They found that working in a retail market, rather than a wholesale setting, was associated with antibody titers indicative of infection in the analysis of samples from May. The researchers wrote that the shorter stays in warehouse markets and twice-a-week disinfection protocols might limit workers’ exposure to the H7N9 virus.