1984 – a little later than predicted but today’s Tories are definitely better than everyone else and want to keep it that way.

UPDATE – Good news. Perhaps as a result of all the negative publicity, Twitter has decided to reinstate the @UKJCP account. A failure for the DWP and a triumph for satire and freedom of speech.

After a FOI request, a DWP official has released a copy of the official complaint it made to Twitter which resulted in closing down a parody account on Twitter of the Department for Work and Pensions.

In the remarkable document, an official at the Department (Jon Woodcock, Brand Manager at Department for Work and Pensions) openly gives the reason for wanting to close down the account as “deliberate and malicious intent to devalue and criticise the work of Jobcentre Plus ….. UK government, elected politicians and the heads of large private sector organisations”.

Here’s the relevant section of the document, in which Mr Woodcock explains why the… 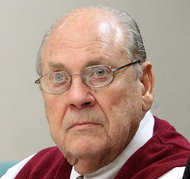 Curtis Reeves, the 71-year-old retired police captain who shot and killed a man who was texting in a Florida movie theater on Jan. 13, attended his bail hearing yesterday, and more details about the shooting came to light.

A witness who overheard the fight testified that after Reeves complained about the texting, the victim, 43-year-old Chad Oulson, said, “Do you mind? I’ve got a voicemail from my babysitter. I’d like to check to see that my daughter is okay.” After more requests to stop using his phone, Oulson got up and threw a small bag of popcorn at Reeves, who immediately grabbed his gun and opened fire.

Alan Hamilton, an off-duty police officer who also attended the screening, testified that after the shooting, Reeves’s wife said to her husband, “That was no cause to shoot anyone,” to which he was heard to respond, “You shut your [expletive] mouth and don’t say another word.” But when Oulson made gurgling sounds and it became apparent he might not survive, Reeves reportedly exclaimed, “I can’t believe what I’ve done.”

Reeves’s lawyer suggested that his client was defending himself from Oulson, who invaded his personal space. Hamilton told the court that Reeves approached him after the shooting and said, “I just got hit by something. Look at my eye,” but he saw no injury on Reeves’s face.

Oulson’s widow, Nicole, was present in the courtroom, and sobbed into a handkerchief. Reeves officially pleaded not guilty to second-degree murder. 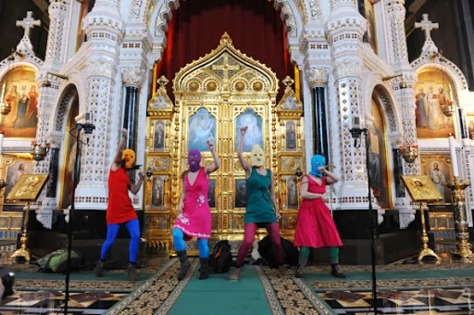 Pussy Riot reminds Amnesty International that their performances are always illegal, radical and not for entertainment to sell pricey tickets

via CENSORED NEWS: Pussy Riot’s letter: Out of prison and making change. 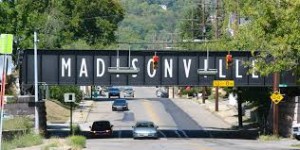 (My old neighborhood) Madisonville is a neighborhood of Cincinnati that has a lot going for it, especially for a gardening project.  There are large lots, generations of garden tradition, active community partners in the Madisonville Community Council, the Madisonville Community Urban Redevelopment Council, and local churches, and we have two years of partnership with Lighthouse Community School and success in building gardens on the school parking lot and nearby vacant lot with the students.  The neighborhood has a vibrant mixture of ages, ethnicities, incomes, and family origins, and carries a USDA Food Desert designation.

For two years we have worked with the Lighthouse Community School in Madisonville.  We have built gardens on a parking lots and a vacant lot.  We have facilitated job training for young people and provide fresh food to our gardens neighbors.

Through the Lighthouse work we have learned that there is a desire for fresh vegetables in the neighborhood.