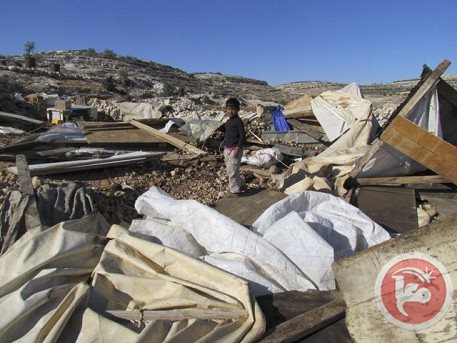 “The structures at hand were illegal,” the COGAT spokesman told Ma’an. “They had been built without a building permit.”Israel’s High Court of Justice denied all petitions to keep the homes standing, he added.He said the demolitions that UNRWA claimed took place in Ein Ayoub had actually taken place in Deir Ammar.Israel rarely grants Palestinians permits to build in the West Bank, including East Jerusalem. It has demolished at least 27,000 Palestinian homes and structures since occupying the West Bank in 1967, according to the Israeli Committee Against House Demolitions.