Covina residents will invade the streets Saturday armed with lawn chairs, blankets and snacks to celebrate the holidays in what has become the city’s biggest tradition.

The evening is a big deal for many people, according to Covina resident Ron Jeffrey, who has attended the parade for more than a decade.

via Covina Christmas Parade marches in the holiday season Saturday.

Katrina Yuzefpolsky was 8 years old when nine of her family members were shot and killed by a mentally unstable relative at a Christmas party in Covina, Calif., in 2008. Dressed as Santa Claus, Bruce Jeffrey Pardo, who had been married to Katrina’s aunt, had a seamstress build extra room into his costume to accomodate his firearms. A bullet tore through Katrina’s cheek, but she, her parents and her sister fled the scene and survived.

Now 13, she has just begun discussing the origin of her scar in school, where she was named most likely to become president. If that prediction ever comes true, she said, “I would tell everyone that they’d have to get rid of their guns.”

During the past two years, the CEOs of the top six publicly held fast food chains pocketed more than $183 million in fully deductible \”performance pay,\” lowering their companies’ IRS bills by an estimated $64 million.

YUM! Brands enjoyed the biggest taxpayer subsidy for its CEO pay largesse. This firm, which owns Taco Bell, KFC, and Pizza Hut, paid CEO David Novak $94 million in fully deductible “performance pay” over the years 2011 and 2012. That works out to a $33 million taxpayer subsidy to YUM! – just for one executive’s pay.

McDonald’s received the second-largest government handout. As CEO in 2011 and the first half of 2012, James Skinner pocketed $31 million in exercised stock options and other fully deductible “performance pay.” Incoming CEO Donald Thompson took in $10 million in performance pay in his first six months on the job. Skinner and Thompson’s combined performance pay translates into a $14 million taxpayer subsidy for McDonald’s.

Why can’t our tears stop your violence?

You are always fighting

They say love is enough

To change the world

Do you have heart?

Then look: Your mother wants to hug you

Your wife waits for you

Must your power come

Look at the orphans’ tears

Listen to these tears

In peace for ever 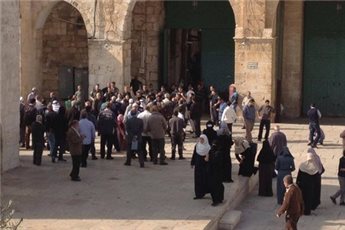 Witnesses said that a group of extremists led by Yehuda Glick, an American-born Israeli Jewish Rabbi who chairs the Temple Mount Heritage Fund, entered the mosque compound through the Moroccan Gate.

The Jewish groups, described by witnesses as \”settlers,\” then continued to tour the Al-Aqsa compound.

A Palestinian journalist told Ma\’an that Israeli police confiscated his identity card and press card when he attempted to enter the Al-Aqsa compound early Thursday. 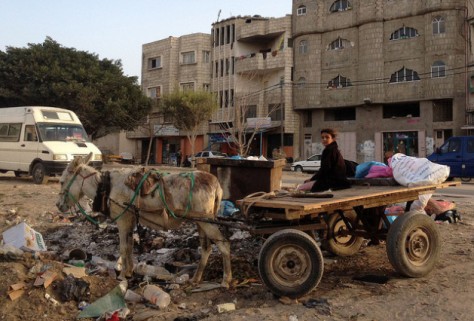 GAZA CITY , Dec 5 2013 (IPS) – The garbage trucks of Gaza city are at a standstill due to an ongoing fuel shortage affecting all aspects of daily life, including garbage collection, sewage and waste disposal and other vital services. But the local donkeys are here to help.

Abu Hesham on his donkey cart won’t be able to clear all the streets of garbage. In Gaza’s Barcelona neighbourhood, trash bins are overflowing – a common sight since fuel for motor vehicles became scarce – and as the 33-year-old donkey cart owner approaches the garbage dump, there is no space left and no option but to throw the trash out on the side of the road.

“What else can I do?” he tells IPS as he carries sacks of waste at 7:00 AM through Gaza’s misty weather.

The smell of rotting garbage is getting worse and worse. The people in Gaza attempt to burn the garbage to reduce the quantity and minimise the risk of infection, so the air is filled with black smoke too. Right now, breathing fresh air is not an option for most people in Gaza, whether children or adults.

For a while now, most experts have operated under the assumption that anti-choicers never need to get Roe v. Wade overturned by the Supreme Court. Instead, they can just make it nonexistent in the practical sense. Here on this site we’ve covered TRAP laws, ultrasound bills, and other legislation that is making legal abortion impossible. Today, ThinkProgress has a terrific write up about where we are in terms of reproductive rights in states like Texas, as well as historical context as to  how we got here.

via Quick hit: Roe v. Wade doesn’t really exist and here’s how we got there.

Totally validates my research into influenza and its connections to live markets and especially in live markets leading up the Lunar New Year celebrations and Spring holidays. Read this and you will see why Hong Kong is no longer a primary breeding ground or virtual laboratory for new flus! 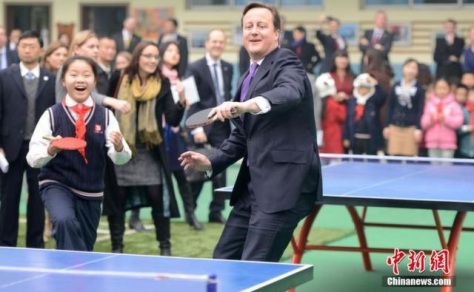 When he wasn’t pushing forward £45 million deals to export high-quality  sperm into China, British Prime Minister David Cameron played  during his visit to a primary school in Chengdu as part of his 3-day visit to the country.

via Photos: David Cameron shows off his table tennis skills in Chengdu: Shanghaiist.

Grin – slight editing here. such a goofy photo as he tries to make out he is humane.