This guest post is written by my dear friend Suzanne Best, whose passionate reaction to this story provoked a lot of heated conversation in the blog’s Facebook page earlier this week  I asked her to write something for the blog, and she produced this beautiful essay about her experiences as a new mother and a runner.  I am so honored to be publishing this on the blog, and I hope you enjoy reading it as much as I did. Let her know what you think in the comments below.

Let’s talk about excuses. If you’ve just started on a fitness journey, like I have, memes are everywhere. They rule fitness blogs, Twitter accounts, memes… you name it.

And most of them bring the same message to their readers.

“Excuses are useless. Results are priceless.”

“You can have results or excuses; never both.”

And, of course, this:

spinning up and down

smiling faces on a clown

festivities we gather near

all are in good cheer

whether big or small

near the town’s hall 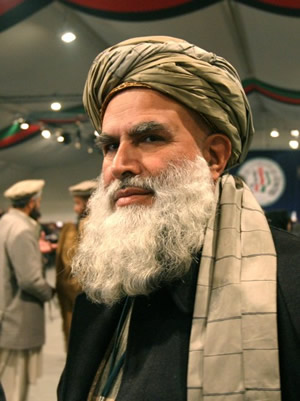 Will you vote for a killer,

He who closed schools, forced

He brought suicides to schools,

He never went to school,

Instead of sending him to jail,

will you send him flowers

to congratulate him as he takes

the office of president or minister?

How can a mullah—

Isn’t it a crime against society

to listen to them? Isn’t it

dishonesty to vote for them?

There will be no future

“Sia ra az safeed jeda karda nametana” is a saying that means he doesn’t understand the difference between black and white.

Abdul Rasul Sayyaf, a former warlord with ties to al-Qaeda and other terrorist groups, is a 2014 Afghan presidential candidate. Photo by Reuters/Ahmad Masood.

It it had been a blue-eyed, blond kid in hunting gear with a knife on his belt – I doubt anything would have been said and besides it is not against any law in Cali.

A Sikh student in California, U.S., was not allowed to board a bus after the driver objected to his wearing a ceremonial knife (or kirpan) and called the police.

Harsimran Singh, a student of the University of California in Davis, said he has travelled for the last two years with the kirpan in full view and did not face any issues until Saturday morning. “They do not say anything. They always wish me safe travels, and they continue on with their business; they did not see me as a potential threat,” Mr. Singh was quoted as saying by CBS news on Wednesday.

via Sikh wearing kirpan not allowed in bus in U.S. – The Hindu.

At one end of Gao\’s Independence Square, a group of tall, lean youths are dribbling basketballs in the relative cool of the desert dusk. All wear shorts and vests, emblazoned with logos.

They are playing metres away from the site where, only a year ago, Islamist extremists who controlled this part of northern Mali carried out amputations and lashings for what they said were breaches of sharia law.

\”What they did right here was unbelievable, it was terrifying,\” says Konesse, 11, standing in line to shoot hoops, wearing a matching dark blue and lime green vest and knee-length shorts, with the words \”Real Madrid\” running down her leg. \”During the occupation, boys could still play sport, but we girls couldn\’t.\”

Konesse speaks of one girl, 15, who was arrested, drugged and raped by the Islamists when she went to the market alone, and has since fled to Bamako where she remains too scared to return to her hometown.

Since the militants fled in January, girls such as Konesse have been able to return to the freedom to which they are accustomed. But Konesse says she cannot support forgiveness or negotiation with any of those who turned her life, and the lives of her family and neighbours, upside down.

\”They ruined our town, they raped our sisters, destroyed our houses, and beat our mothers,\” says Konesse. \”We will never let them come back.\”

via Mali’s fight with militants is far from over | World news | The Guardian.

We here report of a patient who had been hospitalised in Egypt for appendicitis in July 2013, and was colonised with various multiresistant Enterobacteriaceae including strains producing NDM-1, oxacillinase-48 (OXA-48) and extended spectrum beta-lactamase (ESBL). Explorative screening for multiresistant microorganisms among the patient’s family members also yielded several ESBL-producing microorganisms. This report addresses the need for heightened awareness of patients and family members who have recently been exposed to healthcare environments in countries with high levels of antibiotic resistance.

Patients repatriated after hospitalisation abroad are a risk for introducing multiresistant microorganisms into hospitals in their home countries. In 2008, New Delhi metallo-beta-lactamase (NDM), which hydrolyses last-line carbapenem antibiotics, has been for the first time described in a Swedish patient returning from India [1]. Most reports on NDM are related to travellers returning from Pakistan and India. However, the global dispersal of NDM is of growing concern [2]. In the past two years, NDM-producing strains have been reported in patients returning from the African continent without obvious links to the Indian subcontinent [3,4].

Scientists are learning that diseases like avian influenza, also known as bird flu, can actually change the smell of an animal’s feces.  And, they are using this knowledge to help them sniff out when birds, such as mallard ducks, are infected.

Duh!?! Dogs used to smell drugs, bombs, diseases and now rats too – so how about an electronic sniffer in your loo to let you know when you are getting sick? Grin. Really – it could work!

My Tweets
Troubador of Verse