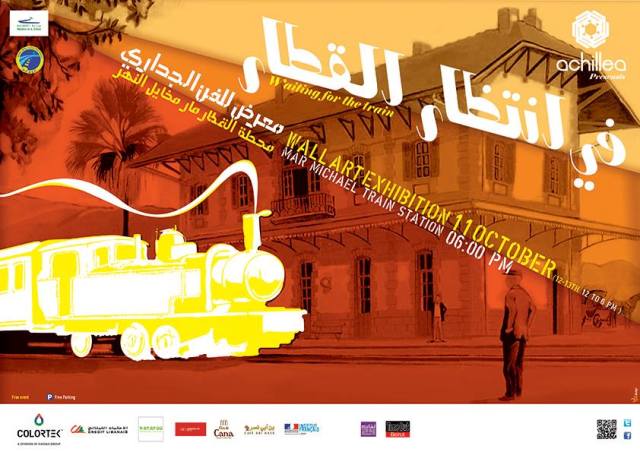 37 years have passed since the train stopped. What was once Beirut’s main railway station is now but an abandoned memory located in a charming corner of Mar Mikhael.

It wasn’t enough for Lebanon’s iPhone users had to deal with the device not being officially released by Apple in the country yet with exorbitant prices and no customer service for their device. Starting in June, regulations have made getting their device into the country harder than ever.

Many Lebanese, like yours truly, refuse to succumb to these black market prices and a government which couldn’t give a rat’s ass as long as it’s making enough money for the people running it to remain…

An 11-year-old boy was shot in the face in Mannboro, Va., Wednesday morning. A 10-year-old boy was in the home at the time, but deputies would not say whether the boys were by themselves or if an adult was home with them, or who pulled the trigger. 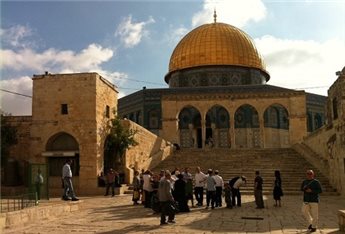 Azzam al-Khatib, director of the Jerusalem office of the PA ministry of endowment, told Ma\’an that two groups entered the religious site.

Israeli police detained two photojournalists, al-Khatib added, while witnesses told Ma\’an that two young Palestinian men were arrested and taken out of the mosque compound via the Chain Gate.

Eyewitnesses told Ma\’an that Israeli police officers forced the compound\’s Palestinian security guards to stand aside while the groups entered the area.

Israeli police spokesman Mickey Rosenfeld told Ma\’an that three Israelis were arrested and later released, and that \”the visit continued as normal.\”

Israeli police deployed heavily in the compound before the groups arrived, witnesses said.

Al-Khatib denounced the visit as unacceptable.

The compound, which sits just above the Western Wall plaza, houses both the Dome of the Rock and Al-Aqsa mosque and is the third holiest site in Islam.

It is also venerated as Judaism\’s most holy place as it sits where Jews believe the First and Second Temples once stood. The Second Temple was destroyed by the Romans in 70 AD.

According to mainstream Jewish religious leaders, Jews are forbidden from entering for fear they would profane the \”Holy of Holies,\” or the inner sanctum of the Second Temple.

Lurking under the rhetoric of encouraging people to get back to work and cutting back on wasteful spending is a lot of fear and misunderstanding of who uses food stamps and why. I can’t speak for children or the elderly (who together constitute over half of all food stamp recipients) or the military (over 5,000 families on active duty receive food assistance), but I can tell you about how and why I ended up on food stamps, twice.

I received food stamps for six months in 2004 and for another 6 months in 2009. I received $200 per month, for a total of $2,400 in my lifetime. Both times I was frantically looking for work anywhere I could find it, but there were obstacles. In 2004, I had a fractured heel which put me out of the running for any job that involved standing or walking, so every single fast food, retail and service job. Later, in 2009, I actually had two jobs: One job working 15 hours a week at a bar and another job working 15 hours a week at a small restaurant. My income barely covered my rent and the gas to drive back and forth to those jobs.

Where am I now? I’m back on my feet. I bought a used truck last summer and I hired a skilled craftsman to build my tiny house. I have had more jobs since 2009, better jobs. I have rented nicer apartments and bought more groceries.  I have purchased movie tickets, clothing, dog food, cooking equipment, and gasoline (a lot of gasoline in fact). I’m paying back into the system now, after I made two small withdrawals, four and nine years ago.

via SNAPed Back: How Food Stamps Helped Me Through | Civil Eats.

To the government, they are considered inmates.

But to their boss, they are workers and residents.

Just two hours north of Paris, in the region of Picardy, roughly 15 prisoners are completing their sentences far from their jail cells. Instead, they are working on the Moyembrie Organic Farm, run by Anne-Marie Pery, a one-time school teacher and former prison social worker.

“The corn stalks over there are like the prison bars,” Pery explained, pointing to the edge of the property. “The inmates can’t go beyond them without being accompanied by a guard. But within the twenty acres of the farm, they can roam freely. One mustn’t forget that they are coming from tiny cells.”

The 15 prisoners on the farm, which opened in 1990, were selected by judges and psychologists according to their profile and personalities. The candidates were then submitted for approval by the farm’s directors.

Admission to Moyembrie is selective, with those who succeed in making the cut expected to prove that they have ambitions they plan to pursue after completing their prison sentences.

‘Learning everyday life, all over again’

Aurélien, 21, is the youngest of the inmates currently living at the farm.

“I have a degree from cooking school, but this is this the first time I’m actually raising livestock,” he told FRANCE 24 as he ushered goats into their pen. “I’m happy to be here.”

via French inmates try farming to prepare for life after jail – FRANCE – FRANCE 24.

Taking pills containing a concentration of fecal bacteria may knock out recurrent bouts of Clostridium difficile infection by rebalancing gut bacteria, according to a study presented on Friday at IDWeek 2013.

Fecal transplantation uses the feces from healthy donors to treat patients with an imbalance of bacteria in their gastrointestinal system, such as in patients infected with C. difficile. According to published reports, fecal transplantation is effective in nine out of 10 patients.

Giving California women more access to abortion, Gov. Jerry Brown signed a bill Wednesday that allows nurse practitioners and certain other non-physicians to perform the procedure during the first trimester of pregnancy.

The governor acted on 32 bills in all, approving measures that will cap drug costs for cancer patients, expand the number of people on CalFresh, the state\’s food stamp program, and promote breastfeeding.

Assemblywoman Toni Atkins (D-San Diego) introduced the abortion measure because of concern that not enough physicians perform abortions, especially in rural areas, to meet the needs of women seeking to terminate a pregnancy.

\”Timely access to reproductive health services is critical to women\’s health,\” Atkins said in a statement. \”AB 154 will ensure that no woman has to travel excessively long distances or wait for long periods in order to obtain an early abortion.\”