The minister, who took office six months ago, says he’s tallied some 300 arrests in terrorism case files being prosecuted by investigating magistrates.

Tunisia has been battling al-Qaida-linked extremists since its 2011 revolution.

via Minister: Authorities quash plot to carve up Tunisia into 3 Islamic emirates.

‘Send them back’ where?

Back in June 2012 when Valls entered office many thought he might offer a welcome relief to the travelling community. Instead, he has revealed himself as an adherent to Nicolas Sarkozy’s “not our problem” way of thinking.

After Valls’s admission of “truth” on Wednesday he went on to defend the government’s razing of Roma camps, which has seen more than 8,000 people made homeless in 2013 alone.

Under the flimsy pretence of trying to help, the government has been putting homeless Roma on flights to Romania and Bulgaria with 300 euros cash-in-hand. The initiative, launched in 2005 and accelerated by then president Nicolas Sarkozy in 2010, has been criticised not only as totally irresponsible but also as a total waste of money.

Some 10,000 people are flown back and paid off each year, but most of them admit to having no plans of staying in Bucharest, where they face abuse and discrimination worse than in France. The Roma deportees my colleagues spoke to on arrival in the Romanian capital admitted that they would be making their way straight back to France with the 300 euros pocketed.

France’s Roma population has remained stable – between 15,000 and 20,000 – for years (it is not spiralling or booming, as scaremongers would have you think).

A people who have spent decades here, who speak the language, who identify as French, and who are EU citizens, cannot be brushed off as somebody else’s problem.

Instead of promising to get rid of the “Roma problem” ahead of municipal elections next year, Valls and his peers should be thinking up new ways to integrate this vulnerable group. Razing their homes and deporting them is only going to lead to more homelessness, poverty, and – inevitably – crime. And that’s not an election promise anyone wants to buy into.

via The ‘truth’ is France’s Roma are France’s problem – not Romania’s | Les blogs.

In my opinion, though, parents ought to be far more worried about the possible lifting of the export ban on Chinese-raised and -slaughtered rawpoultry.  If raw Chinese poultry enters this country and becomes reliably cheaper than domestic poultry, its use in school food could become widespread under the second exception to the “Buy American” rule noted above.  (And, at any rate, raw Chinese poultry could always be used, up to 49%, in manufactured food items regardless of cost.)  Given that some Chinese poultry farmers allegedly used large quantities of illegal drugs in raising chickens sold to KFC, and given the potential vulnerability of young school children eating such chicken, a lifting of the export ban on raw Chinese poultry is a cause for serious concern.

In the meantime, is FSIS intentionally misleading the public on this issue?  I can’t know, of course, but I suspect that in the rush to quell concerns about the August 30th announcement, the FSIS simply failed to vet its school food Q & A with the USDA’s Food and Nutrition Service, the branch of the agency overseeing child nutrition programs.  Regardless of motive, however, my own questioning of the agency (which began a full two weeks ago) has clearly brought the inaccuracy to its attention — yet, as of this writing, the original statement remains on its website.

The Nepalese veterinary authorities have reported 43 new outbreaks of H5N1 highly pathogenic avian influenza at various poultry farms across Bagmati, Lumbini and Janakpur and starting within just two weeks between 26 July and 9 August.

The World Organisation for Animal Health received follow-up report no. 12 on Saturday, 21 September 2013. According to the report, the affected population comprises broilers and layers, and the causal agent was found to be the HPAI virus, serotype H5N1.

The report states that a total of 349,839 birds showed signs of susceptibility, out of which 55,628 cases and deaths were reported. The remaining 294,211 birds were destroyed. 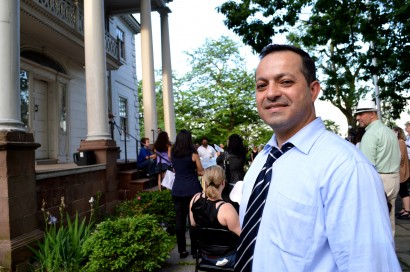 Zead Ramadan jokingly calls himself a “Dominican Arab.” He plays baseball and speaks fluent Spanish. But as his name suggests he isn’t Latino. Ramadan is the son of Palestinian immigrants who moved from Kuwait to Washington Heights 42 years ago.

Ramadan is running in a crowded field of candidates in the Democratic Primary in New York City Council District 7. If elected he would be the first Arab-American to serve on the council.

via Could Voters in a Heavily Hispanic District Elect the First Arab-American to the New York City Council? | Feet in 2 Worlds.

As 92-year-old George Batts said while he filled big bags to overflowing, nothing can compare with a tomato fresh off the vine. 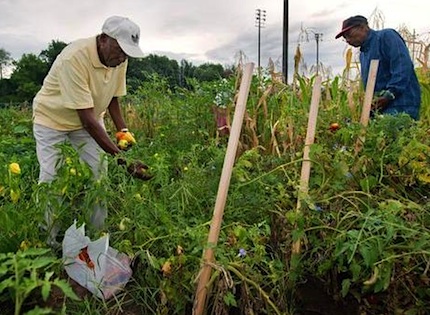 Interior Minister Manuel Valls on Wednesday insisted he stood by a controversial call for tens of thousands of ethnic Roma to be kicked out of France.

Valls has triggered an outcry from human rights groups, the European Commission and some of his government colleagues by saying any Roma not working should be “delivered back to the borders”, describing their way of life as “extremely different from ours,” and claiming they will never integrate into French society.

The latter remark earned the minister a rebuke from his cabinet colleague, Arnaud Montebourg, who pointedly alluded to Valls’ own status as the Barcelona-born son of Spanish immigrants who left for France during Franco’s dictatorship. 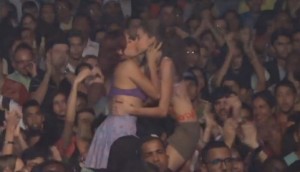 Two young women were jailed by order of Brazilian congressman Pastor Marco Feliciano after kissing during the evangelical event Glorifica Litoral in the city of São Sebastião in the north of São Paulo on Sunday, September 15, 2013.

The kiss which resulted in the arrest of the two young women. Photo: YouTube

Feliciano, who is also a congressman and president of the House Commission for Human Rights and Minorities [en], stopped his presentation during the gospel festival, which bills itself as an “evangelical social-cultural week”, to request the municipal guards and military police officers present arrest the two young women.

“Those two girls have to leave here handcuffed. No use trying to run, guards are headed there now. This here isn’t palace where anything goes, It’s the house of God,” he said into the microphone.

According to reports from those present at the event, while the women were being removed, the pastor continued to incite the crowd of 70,000 people against them.

The two young women, Yunka Mihura, 20, and Joana Palhares, 18, were taken by agents of the Municipal Civil Guard to the First District Police Station of São Sebastião, where the police chief filed the incident for investigation. The women alleged other heterosexual couples were also exchanging kisses during the event, and that they were physically assaulted by the police.

via Two Women Jailed After Kissing at Religious Rally in Brazil · Global Voices.

What would have once sounded like a far-fetched feminist fantasy – namely women forming the majority of a parliament – is a reality in one country in the world, Rwanda.

Early reports from the parliamentary elections last Monday indicate that women now hold nearly 64% of the seats. Prior to the genocidal conflict in 1994, the figure was just 18%.

In fact, women have made significant gains all around Africa: indeed, the most successful social movement in Africa in recent decades has been the women’s movement, particularly in policy and legislation. Malawi and Liberia have female heads of state, and earlier this month Senegal elected its first female prime minister, Aminata Touré. Also, the African Union chair is female for the first time in its history. Africa’s strong legacy of female leaders is a hugely positive statement about the continent’s direction.

So why does the western feminist movement hardly look at African feminism for clues? Why does it only pay such little attention to the realisation of a once utopian fantasy of female majority leadership in Rwanda – where, since 2008, women have held over half the parliamentary seats? Feminists everywhere have spent decades campaigning for equality in political leadership, yet its achievement in Rwanda has been met with a loud silence.

via African women are blazing a feminist trail – why don’t we hear their voices? | Minna Salami | Comment is free | theguardian.com.