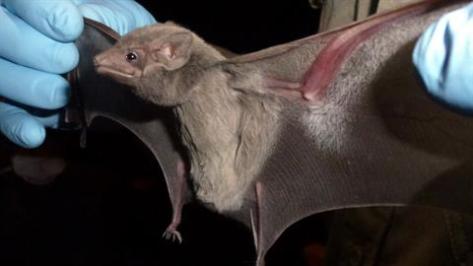 Since it was identified last September, the respiratory illness has sickened nearly 100 people, most of them in Saudi Arabia and the Middle East. About half of them died.

No cases have been reported in the United States.

Bats have been a suspected carrier of the virus for some time because they are known to carry viruses similar to MERS. They also harbor other deadly viruses, including rabies and SARS.

Still, discovery of a genetic match doesn’t mean bats are the direct culprit.

“There is no evidence of direct exposure to bats in the majority of human cases of MERS,” Memish said in a statement.

This has been so obvious – the outbreak began in area that has thousands of acres devoted to growing some of the best dates in the world. and the bat love them as much as we do. Direct exposure is not necessary… these types of viruses are passed along by exposure of humans and other animals to the feces and urine of the bats on the ground, in the water, and on the fruit. 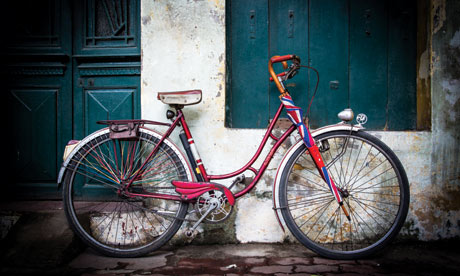 Karen Hewell and Marc Forster-Pert go in search of Vietnam’s wide and varied collection of bikes. Here’s the best of what they found. Photos by Mads Monsen and Francis Roux

via The Bikes of Vietnam. 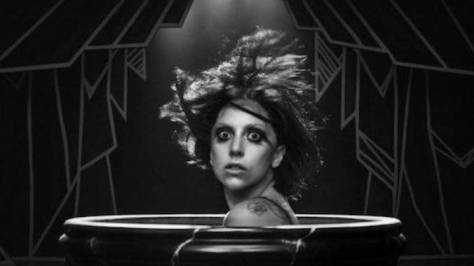 But the so-called real art in musems will not be seen by the 15-million people that have seen Gaga’s video since its release a few days ago. That may be an indictment on the supposedly uncultured state of the world, or it may be a triumph to Gaga’s ability to appeal, inspire and grasp the idea of pop culture.

The mid and tail sections of this rare torpedo, found by U.S. Navy dolphins off the coast of San Diego last March

via UnderwaterTimes.com | Torpedo Shot From USS Iowa In 1899 Surface.

Story is all about the torpedo but what is this? US Navy is using dolphins to search ocean for ordinance and what else?

On Wednesday, cleric Safwat Hegazy, a fiery Salafi preacher and top Brotherhood ally, was captured at a checkpoint near the Siwa Oasis in eastern Egypt and close to the border with Libya, according to the state-run MENA news agency. The cleric is wanted on charges of instigating violence.

According to the website of the state-run Al-Ahram daily, Hegazy had shaved off most of his beard, dyed his hair and covered his face with a niqab, a head-to-toe woman’s dress that leaves only a slit for the eyes uncovered. Egyptian state TV aired a photo showing him sitting next to army soldiers, dressed in white robe with the new shaven look.

MENA said Hegazy, who joined ranks with the Muslim Brotherhood in campaigning for Mursi’s presidential bid, showed no resistance during his arrest and was flown to a detention centre in Cairo.

Hegazy was a key speaker at the main pro-Mursi sit-in that was dispersed by security troops last Wednesday in Cairo’s Nasr City suburb. He told protesters to hold their ground and promised to deal blows to the military. He is wanted on charges of instigating deadly clashes last month with security forces outside a Republican Guard building that killed 54 people, most of them Mursi supporters.

Fortunately, this time — unlike in Newtown, Conn., and Aurora, Colo., and Virginia Tech and, oh, you get the idea — no one was hurt.

Not that that matters. Because as everyone knows by now, nothing, absolutely nothing, will be done about gun violence in this country, at least not by this Congress. The National Rifle Assn. and the conservative representatives and senators it owns have made sure of that. Remember the great background check loophole fiasco?

On Tuesday, a police officer reported that the alleged gunman said “I’m sorry — I’m off my meds,” as he was taken into custody. So see? What good would background checks have done? Would they have stopped a disturbed person taking medication from getting a gun?

Uh, well, yes, actually, they might have. But we’ll never know.

Speaking of meds, though, here’s a thought: I’ve had a cold this week. I’ve been trying to take medicine. But, of course, every pill I try to take comes encased in tamper-proof packaging. You can’t open them with a crowbar.

via Georgia shooting: We tamper-proof Tylenol, but gun control is a no-go – latimes.com.