British intelligence agencies intercepted the communications of foreign politicians in London for the 2009 G20 summit, the Guardian reports.

The details were revealed in documents uncovered by NSA whistleblower Edward Snowden.

The Guardian reports that some delegates were tricked into using fake internet cafes so spy agencies could read their emails.

The newspaper is also reporting that former Russian president Dmitry Medvedev was also spied on by UK-based US agents at the same G20 summit.

The details of the intercept are laid out in a National Security Agency briefing which was shared with high-ranking officials from New Zealand, Britain, Australia and Canada.

Britain is about to begin hosting the G8 summit later today.

Not good folks getting too close to the major season for pilgrims – KSA Ministry of Health, announcing 3 new coronavirus cases, and the deaths of 4 previously announced cases.

Jeddah is located to the west of Mecca, while Taif (where two patients are announced to have died) is just east of the holy city.

Through the Eye of the Needle 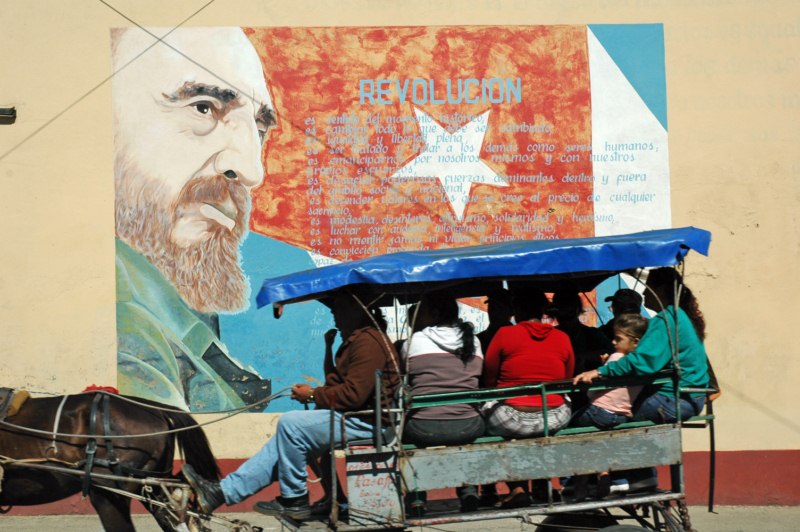 In recent days many of us have been having friendly conversations and discussions about the famous embargo. Some are in favor of lifting it, others for keeping it in place.

What seems to have been forgotten by everyone, or almost everyone, is the actual reason for its existence. Faulty memories and the many decades of its enforcement have sometimes caused us to forget why it was originally imposed by the U.S. government.

Very often we cite the embargo as the reason for all our troubles. I do not see it this way. The real cause of our problems lies with ourselves. It is always easier to blame one thing or another, even though we have had five decades to create mechanisms to counteract its effects, yet have not done so.

What most people do not realize, because the media never mentions it, is that at the time this measure was imposed as…

Living in Beirut makes you live crazy things, among others wars, rockets, bombings, freaking street fights…and on top of this we have to witness very bad decision taken by municipalities; the removal of the FEW city parks to build a PARKING! I have never heard anything more stupid in my life.

How can concrete be more important than trees, oxygen and common space?

In Denmark, people are obliged to use their bicycles and public transportation, owning a car is a luxury, forget parking in the city, it costs a fortune. Parks are protected, taken care of, worshiped. They offer common space where the citizen from all levels interact, sunbathe, relaxes, walks, runs, gives speeches, create theater venues for kids, not mentioning the loveliest playground one can imagine (where ergonomic meets fun!).

So let’s get back to Beirut.

We have 3-4 public parks. They are not of high standard, they do…

Turkish police have been using tear gas and water cannons to clear protesters from the center of Istanbul ahead of Prime Minister Erdogan’s visit on Sunday. The move has done nothing to quell people’s outrage.

In a full-scale operation on Saturday night (15.06.2013), Turkish riot police in Istanbul moved in to clear both Taksim Square and adjacent Gezi Park, where thousands of demonstrators had been camping out for more than two weeks.

Just hours earlier Prime Minister Recep Tayyip Erdogan had given a speech to a crowd of tens of thousands of flag-waving supporters in the capital, Ankara, in which he warned the demonstrators that they had to be gone by Sunday. “Taksim Square must be evacuated, or if it isn’t, the security forces of this country know how to evacuate it,” he said.

(Do we really want to be part of a Muslim against Muslim war that could dwarf Iraq and Afghanistan? Not me!)

Washington’s decision to arm Syria’s Sunni Muslim rebels has plunged America into the great Sunni-Shia conflict of the Islamic Middle East, entering a struggle that now dwarfs the Arab revolutions which overthrew dictatorships across the region.

For the first time, all of America’s ‘friends’ in the region are Sunni Muslims and all of its enemies are Shiites. Breaking all President Barack Obama’s rules of disengagement, the US is now fully engaged on the side of armed groups which include the most extreme Sunni Islamist movements in the Middle East.

The Independent on Sunday has learned that a military decision has been taken in Iran – even before last week’s presidential election – to send a first contingent of 4,000 Iranian Revolutionary Guards to Syria to support President Bashar al-Assad’s forces against the largely Sunni rebellion that has cost almost 100,000 lives in just over two years.  Iran is now fully committed to preserving Assad’s regime, according to pro-Iranian sources which have been deeply involved in the Islamic Republic’s security, even to the extent of proposing to open up a new ‘Syrian’ front on the Golan Heights against Israel.

In years to come, historians will ask how America – after its defeat in Iraq and its humiliating withdrawal from Afghanistan scheduled for  2014 – could have so blithely aligned itself with one side in a titanic Islamic struggle stretching back to the seventh century death of the Prophet Mohamed. The profound effects of this great schism, between Sunnis who believe that the father of Mohamed’s wife was the new caliph of the Muslim world and Shias who regard his son in law Ali as his rightful successor – a seventh century battle swamped in blood around the present-day Iraqi cities of Najaf and Kerbala – continue across the region to this day. A 17th century Archbishop of Canterbury, George Abbott, compared this Muslim conflict to that between “Papists and Protestants”.

America’s alliance now includes the wealthiest states of the Arab Gulf, the vast Sunni territories between Egypt and Morocco, as well as Turkey and the fragile British-created monarchy in Jordan. King Abdullah of Jordan – flooded, like so many neighbouring nations, by hundreds of thousands of Syrian refugees – may also now find himself at the fulcrum of the Syrian battle.  Up to 3,000 American ‘advisers’ are now believed to be in Jordan, and the creation of a southern Syria ‘no-fly zone’ – opposed by Syrian-controlled anti-aircraft batteries – will turn a crisis into a ‘hot’ war.  So much for America’s ‘friends’.

Its enemies include the Lebanese Hizballah, the Alawite Shiite regime in Damascus and, of course, Iran. And Iraq, a largely Shiite nation which America ‘liberated’ from Saddam Hussein’s Sunni minority in the hope of balancing the Shiite power of Iran, has – against all US predictions – itself now largely fallen under Tehran’s influence and power.  Iraqi Shiites as well as Hizballah members, have both fought alongside Assad’s forces.