the number of rapes resulting in pregnancy is not negligible.

Here’s Mr. Chait again: “there are about 30,000 pregnancies from rape a year.” And here’s Sarah Kliff, citing a 2003 study: “a single act of rape” is “more than twice as likely to result in pregnancy than an act of consensual sex.”

via Rape and Abortion, Again – NYTimes.com.

An unoccupied black Jeep Patriot rolls down the street and crashes into a light pole and steel bollard of a guard booth near the White House shortly after 3 a.m. Sunday.

A block of wood had been affixed to the accelerator with Velcro. Inside the vehicle – its motor still running, its airbag deployed – are 200 rounds of ammunition, eight knives of various sizes and two machetes.

The special teams are ordered to take up defensive positions.

Minutes after the crash, agents spot a 5-foot-11 white man jumping a fence of the White House complex. He ignores agents’ orders to halt and runs deeper into the complex, towards the White House.

There’s been a breach.

This is not the beginning of a Hollywood movie, but the real-life drama that unfolded early Sunday morning when, according to federal authorities and a criminal complaint, 32-year-old Joseph Clifford Reel of Kettering, Ohio, crashed his Jeep and jumped the fence because, as he told officers, he wanted to paint the “don’t tread on me snake” somewhere in the White House complex as a symbolic gesture.

Australian endurance athlete Chloe McCardel jumped feet-first into calm, balmy waters off Cuba on Wednesday and began stroking steadily out to sea in a bid to make a record swim from Havana to Florida without a protective shark cage.

A smiling, upbeat McCardel arrived in the morning at a rocky jetty in Havana’s Hemingway Marina in a pink 1950s Chevy convertible. She carefully adjusted her black swim cap and goggles while her husband applied grease around the edges of her suit to prevent chafing.

via Australian swimmer sets off from Cuba for Florida | THE DAILY STAR.

Tunisia’s court registrar says the three European feminist activists who staged a topless protest in front of the courts last month have been convicted and sentenced to four months and a day in prison.

Habib Derbal did not immediately detail the charges the two French women and German woman were convicted of, but they included public indecency, offending public morals and threatening public order.

On May 29, the three women from the Ukrainian feminist group Femen protested topless in front of the court building, calling for the release of a Tunisian member of the group.

During the trial Wednesday, the women maintained that there was nothing sexual or offensive about their protest and that it was only to support their imprisoned colleague, Amina Sboui.

via Tunisian court imprisons 3 European activists who did topless protest.

A simmering neighborhood feud erupted in Roswell, N.M., Tuesday morning, putting one man in the hospital. At around midnight, an unidentified 35-year-old man was shot in his chest and arm outside a home; he is now hospitalized. Michael Farmer, 54, with whom the victim had been drinking earlier in the day, was arrested for the shooting. The victim’s mother said her son had previously gotten into a fight with the shooter’s son because he allegedly hit the victim’s sister.

via The Day in Gun Violence – NYTimes.com. 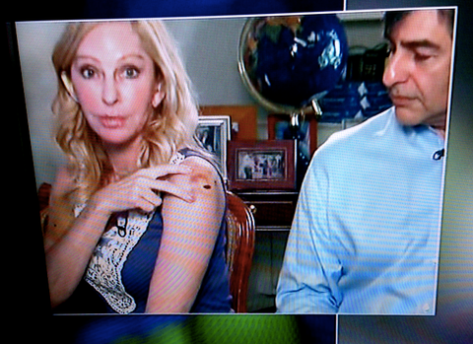 Here’s something you don’t see every day: the wounds left by bullets after a shooting. Debra Fine, who was shot four times in Friday’s shooting rampage on the streets of Santa Monica, showed hers on Piers Morgan Live Monday night. Sitting next to her husband, she calmly pointed out the hole in her left shoulder. She held up her bloody shirt – what was left of it – and the yellow bruises all over her arms were clearly visible. Her right ear was bandaged, having been grazed by a bullet that whizzed uncomfortably close to her head.

When asked whether she could have stopped the rampage with a gun of her own, she said, “Anybody who goes out to buy a gun thinking that they could defend themselves against somebody like this? Is crazy.”

via The Day in Gun Violence – NYTimes.com.

Within the framework of the epidemiological surveillance of the novel Coronavirus (MERS-CoV), the Ministry of Health (MOH) has announced that three new cases of this virus have been recorded.

The first case is a Saudi female citizen in the Eastern region, aged 63 who is suffering from chronic diseases, and her condition is stable. The Second one is a Saudi citizen in Al-Ahsa governorate, aged 75 who is suffering from chronic diseases as well, and still at ICU receiving the proper treatment. However, the third case is a resident, aged 21 in Hafr Al-Batin, who passed away after being admitted to ICU at the beginning of this week, May Allah have mercy upon him. 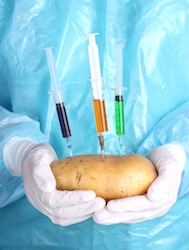 The J.R. Simplot Company, giant potato supplier for McDonald’s, has spent years working on the perfect potato. Its new genetically engineered trait (which will be offered in five different varieties of potatoes) up for USDA approval has lower levels of a carbohydrate called acrylamide, which may cause cancer, and also has reduced black spot bruising. These potatoes will be used as frozen fries, potato chips and shoestrings, which make up approximately 50 percent of the potato market in the United States, according to Simplot.

Both of the desired traits are achieved through the reduced expression of enzymes, affecting the amino acid asparagine for the low acrylamide trait and the enzyme polyphenol oxidase (PPO) for reduced bruising (the same way GE apples have been engineered not to brown). The problem is that an alteration in just one enzyme can unintentionally affect other plant characteristics as well as the plant’s health.

These GE potatoes will likely be fried using Monsanto’s new-and-improved omega-3 soybean oil, which will probably be marketed to lead consumers to believe that the bio-engineered combination is “healthy” fried food. A low-acrylamide potato may reduce levels of just one of the harmful chemicals brought out by frying foods but there are other dangerous compounds that are produced when food is heated to very high temperatures, including advanced glycation endproducts (AGEs), which can lead to to “chronic inflammation and oxidative stress,” (also linked to cancer). And of course this new fried “goodness” doesn’t address the high-calorie and low-nutrient content that make fried potatoes unhealthy in the first place.

Historically, GE potatoes have not fared so well in the marketplace. Monsanto’s NewLeaf GE potatoes were approved in 1995, but the company pulled its potatoes from the market in 2001. If approved, these potatoes may face the same fate and never make it into happy meals across America. But these potatoes could also be exported, since Simplot has submitted its petition for approval to Canada, Mexico, Japan and South Korea.

via GE French Fries, Coming to a Fast Food Restaurant Near You | Food & Water Watch.

The Parliamentary Group of the Sri Lanka Muslim Congress(SLMC) met at the Colombo residence of party leader and Justice minister Rauff Hakeem on Monday June 10th 2013 and unanimously resolved to express opposition to moves by the Rajapaksa regime to bring about changes to the Constitution curtailing further the powers of devolution allocated to the Country’s Provincial councils under the thirteenth Constitutional amendment.

Sigh – grin – Will there be any more American owned tire companies in Ohio? One big world market and where do the corporation’s loyalties reside?

Apollo says the combined company will be one of the world’s largest tire makers, with a strong presence across four continents and combined 2012 sales of $6.6 billion.

Under the terms of the deal, Cooper shareholders will receive $35 per share in cash. The price represents a 42 per cent premium over Cooper’s Tuesday closing stock price.

via India’s Apollo Tyres to buy Cooper Tire for $2.22 billion – The Times of India.