According to Slate’s gun-death tracker, an estimated 4,849 people have died as a result of gun violence in America since the Newtown massacre on December 14, 2012.

Antonio Wright, 32, was shot to death a block south of Findlay Market in the Over-the-Rhine neighborhood of Cincinnati, Ohio, Sunday morning.

A man who approached a group of neighbors and began shooting at them in Ontario, Calif., Thursday night barricaded himself inside his home and fatally shot himself in the head.

Justin Stanfield Thomas, 35, an Army Special Forces veteran who served in the Iraq War, was accidentally shot and killed by his 4-year-old son in northern Arizona Friday afternoon.

We do not value families and children in this country. Cuts to entitlements and the sequester legislation directly affect our communities: the elderly, the very young and the schoolchildren receiving free and reduced-cost breakfast and lunch.

via Cuts to Food Stamps – NYTimes.com.

What too many do is let uninformed biases about “free loaders,”  who is getting food aids, elitism, racism get in the way of helping people in need – people whom they would help if they knew them.

Hong Kong is not a sovereign country. It is part of China — a country that by the libertarian standards Edward Snowden says he cares about is worse, not better, than the United States. It has even more surveillance of its citizens (it has gone very far to ensuring that it knows the real identity of everyone using the internet); its press is thoroughly government-controlled; it has no legal theory of protection for free speech; and it doesn’t even have national elections. Hong Kong lives a time-limited separate existence, under the “one country, two systems” principle, but in a pinch, it is part of China.

I don’t know all the choices Snowden had about his place of refuge. Maybe he thought this was his only real option. But if Snowden thinks, as some of his comments seem to suggest, that he has found a bastion of freer speech, then he is ill-informed; and if he knowingly chose to make his case from China he is playing a more complicated game.

via Why did Edward Snowden choose Hong Kong?: Shanghaiist.

Thai police say they have arrested a pet shop owner for illegally possessing wildlife after finding hundreds of protected species, including rare lions, in his warehouse near Bangkok.

Police Col. Ek Ekasart said Monday that police found 14 albino lions from Africa, hundreds of birds, meerkats, tortoises, peafowls, monkeys and other species believed to be from overseas and Thailand.

Police also found a hornbill and a leopard cat that are protected by Thai law.

Ekasart says Montri Boonprom-on, 41, faces charges of possessing wildlife animals and carcasses and could face up to four years in jail.

People-officials had to know – did he not pay bribe on time. 4 years not enough for repeat offense. 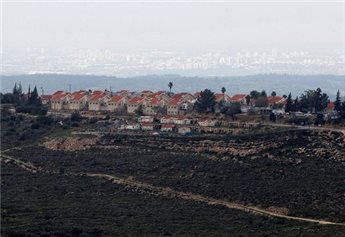 Building starts on settler homes in the Israeli-occupied West Bank hit a seven-year high in the first quarter of 2013, Israeli watchdog Peace Now said on Sunday.

“This is three times as many construction starts compared to the same quarter last year (January-March 2012),” it added. “If compared to the final quarter of last year (October-December 2012), this is an astonishing 355 percent increase.”

The Peace Now report comes as US Secretary of State John Kerry, who last week warned time was running out for a possible peace deal, is expected to return to Israel and the Palestinian territories within days

Intolerable theft of land and discrimination against Palestinians…