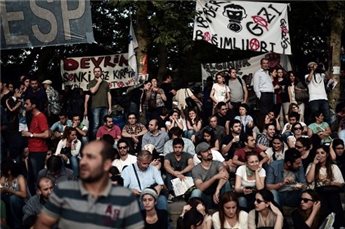 Protesters blew whistles and waved flags in Istanbul’s Taksim Square, the epicenter of the protests which erupted on May 31, while others brought blankets and food to settle in for the weekend at the adjoining Gezi Park, now a festival-like camp site.

“A week ago, I could never imagine myself sleeping out on the streets of Istanbul,” said 22-year-old Aleyna, wrapped up under a blanket with a stray kitten, pointing to her dirty clothes. “Now I don’t know how I can ever go back.”

Fresh rallies were also held in the capital Ankara, with over a thousand people gathering peacefully in the central Kizilay Square, singing revolutionary songs and dancing. 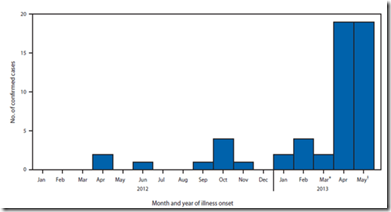 So the real big question is what else was going on in Saudi Arabia in April and May that could possibly have an influence on such an outbreak? New or different people working in the hospital or local area – Lots of immigrant workers coming and going from Saudi Arabia from South Asia all the time. Any significant changes in environment – date palms all in fruit so more bats? My point is that people need to broaden their view a bit if they are going to find links  of causation and thus prevention.

Corporations from EU and fronts will profit and ship food globally – Africans can work for day wages until robots take over… Bad deal.

At the heart of the leading initiatives to “modernise” African agriculture is a drive to open markets and create space for multinationals to secure profits. Green revolution technologies – and the legal and institutional changes being introduced to support them – will benefit a few at the expense of the majority.

As world leaders gather at the high profile ‘Hunger Summit’ in London this week to endorse the spate of on-going initiatives to ‘modernise’ African agriculture, 57 farmer and civil society organisations from 37 countries across the continent have slammed these efforts as ‘a new wave of colonialism’. Harmonisation, free trade and the creation of institutions and infrastructure to facilitate multinational companies’ penetration into Africa are presented as…