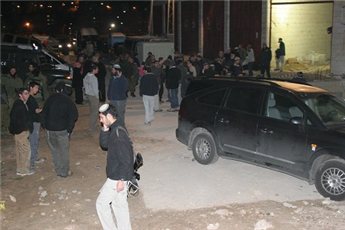 Settlers from Beit Orot, in the Mount of Olives, damaged several vehicles in the area before a number of young Palestinians confronted them.

“This is systematic support by the occupation government of the settlers, and state terror aimed at evicting the indigenous residents in order to keep a firm grip on the city,” local al-Tur committee head Mufeed Abu Ghannam told Ma’an.

This is the fourth attack against Palestinians and their property by settlers from Beit Orot over the last five days, Abu Ghannam added.